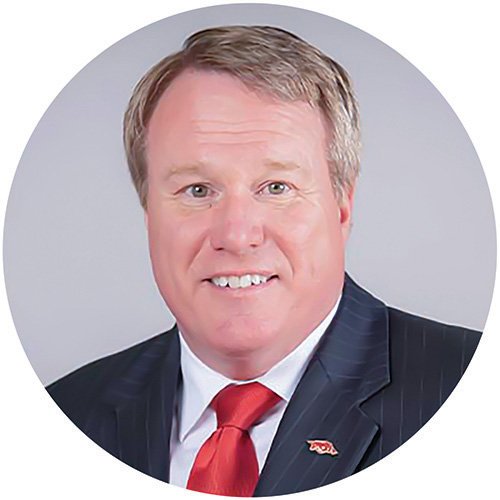 Coach Matt Zimmerman is in his fifth season as the color analyst for Razorback basketball and his second working with the Razorback Foundation. A 20-plus year coaching veteran and mainstay with the Razorbacks, Zimmerman spent eight years (2012-19) on the Razorback basketball staff as an assistant coach and director of operations. Zimmerman was a student manager for the men’s basketball team and spent four years in the ROTC. He graduated in 1990 and served five years in the military. After his stint in the Army, Zimmerman began coaching high school basketball. He then started his collegiate coaching career at UAB before moving to Missouri and back to Arkansas.